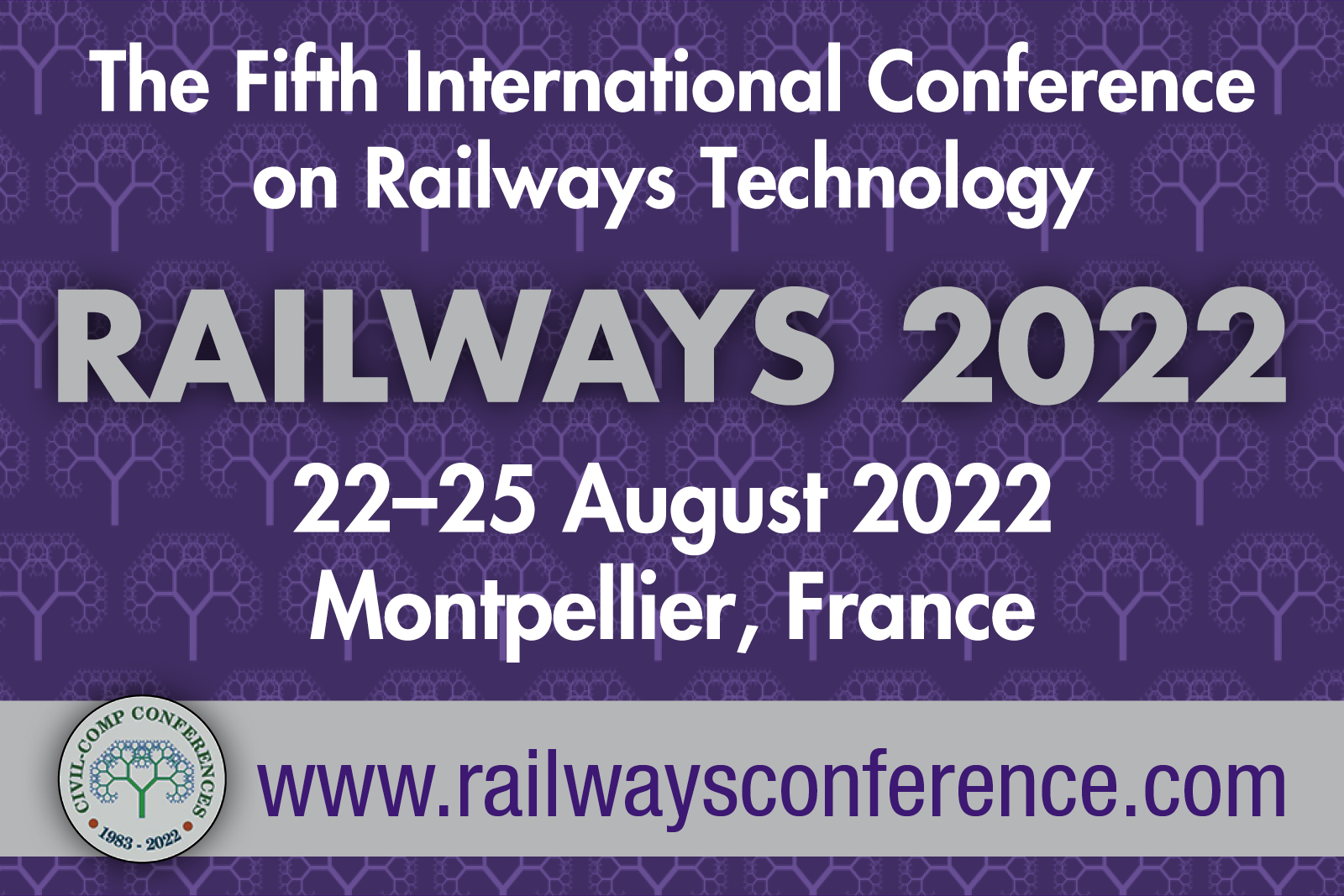 Railways have always played a significant role in the development of the wealth creation capabilities of society. The early roman wagonways, the steam driven railways during the industrial revolution and the electric railways of the late nineteenth and twentieth century are just a few of the railway systems that have played a vital role in past infrastructure development. The search for a fast, reliable and cost effective means of transport that presents better energy efficiency and less impact on the environment has resulted in renewed interest and rapid development in railway technology. Following the success of many special sessions on railway technology, held over the last few years in the Civil-Comp Conference series, a new conference series was created in 2012. The first conference was held in: Las Palmas de Gran Canaria in 2012; the second in Ajaccio, Corsica, in 2014; the third in Cagliari, Sardinia in 2016; and the fourth in Sitges, Barcelona in 2018.

The themes for this conference will include (but are not limited to):